The New Patriotic party’s National Youth Organizer Henry Nana Boakye has had quite a hit from social media users for misinforming the supporters of the New Patriotic Party.

This was after he on his Facebook page said the New Patriotic Party had won the Sene West Parliamentary seat after a Wenchi District court ruled that a ballot box which was snatched needed to be counted.

In the process of counting, Nana Boakye who is known popularly as Nana B posted on Facebook that the NPP had won.

This got followers of the NPP jubilating on Facebook but the jubilation did not last as the truth prevailed that the NDC had won the seat with 16 votes of the votes cast on December 7.

Nana B has not been spared on social media for lying to the supporters of the NPP.

Read below some of the reactions: 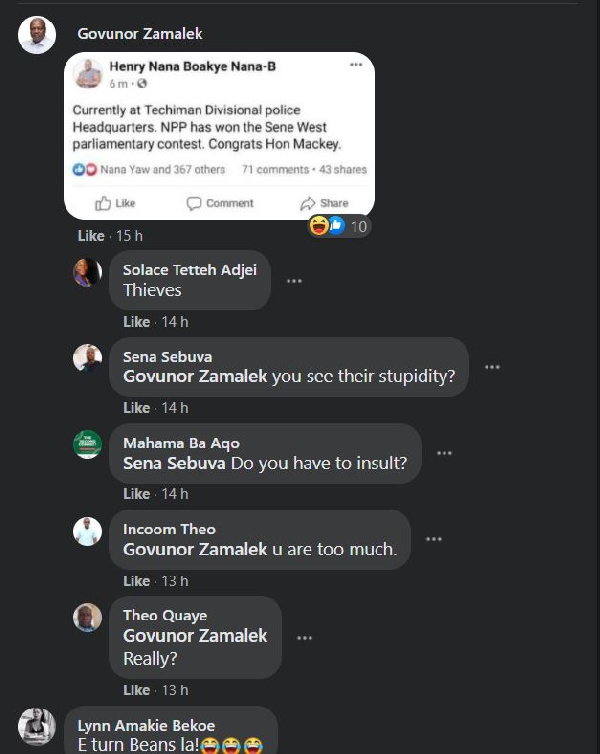 NDC to continue protests despite decision to contest ‘rigged’ elections in...

Sorkpor Kafui - December 30, 2020
0
The National Democratic Congress (NDC) has served notice it will continue to use available legitimate means, including protestations to press home their demands. Their demands, as indicated...
×