Deputy Information Minister, Pius Enam Hadzide had a torrid and nerve-wracking time on Newsfile validating President Akufo-Addo’s claim about the infrastructure record of the Mahama government.

Earlier in the week, President Akufo-Addo rubbished the much-touted road projects undertaken by the previous government, stating that it existed only in the ‘Green Book’.

On the June 13 edition of the show, Pius Hadzide was paired with a deputy communication minister under the Mahama government to discuss the President’s allegations.

In his opening remarks, Pius Hadzide made a comment which according to the host was at variance and a shift from what the President said.

Pius: … So it is only fair to suggest that if you indeed promised and assured us the roads were fixed and that you had put those roads in the green book and now people are complaining of the roads then you may have misled the people or insistence that the roads do exist ..”

Samson Lardi:” You said it is only fair to suggest, did the President suggest?”

Pius after having a second listening of the Nana Akufo-Addo’s comment said that “My understanding is that it was a fair suggestion to make and he was indeed making a suggestion that it was misleading what was put in Green Book. The people were hoodwinked and in fact, misrepresentation was done on the part of the previous government.”

Unconvinced by the Minister’s assertions, the host requested a replay of the comment for the third time after which he questioned him again.

Pius then ‘huffed and puffed’ in trying to back his earlier stance, stating that “I am having a discussion and for me what the President said is a factual representation of what is on the ground. The unprecedented development that we were told. That roads were so smooth that riding on them you could fall asleep. Those fantasies did not exist on the ground.

After that dramatic episode, Pius was then impressed upon to prove his allegations by pointing to one project in the book which in his estimation exists not.

After several unsuccessful attempts by the host to have the Minister identify a single project in the book that does not exist, Pius then sought refuge in a supposed call from an Ada resident who claims that the construction of the Ada Coastline defence wall as stated in page 60 of the book was untrue.

A check by the host and Pius himself revealed that there was no mention of the said project in page 60.

The Minister also admitted though some of the projects do exist, the NDC cannot claim credit for them.

“The projects in the Green Book partly exist and partly paint a misleading picture…in fact some of us long ago held the view that it is a fraud…some of the Green Book pictures were artistic impressions,” he said.

87 people are talking about this

23 people are talking about this

I’ve been saying that don’t be pairing Pius with Felix Kwakye. See how the Pius is suffering.#newsfile

19 people are talking about this

This is the Holy Book of the NDC called The Green Book tormenting the entire NPP. Pius confirmed on #Newsfile that, Nana Addo lied about the green book. The entire NPP is yet to point out a single project in the green book that never existed. The NPP came into power with lies and

23 people are talking about this

Hahahaha
Pius will never like to encounter Felix ever again#Newsfile 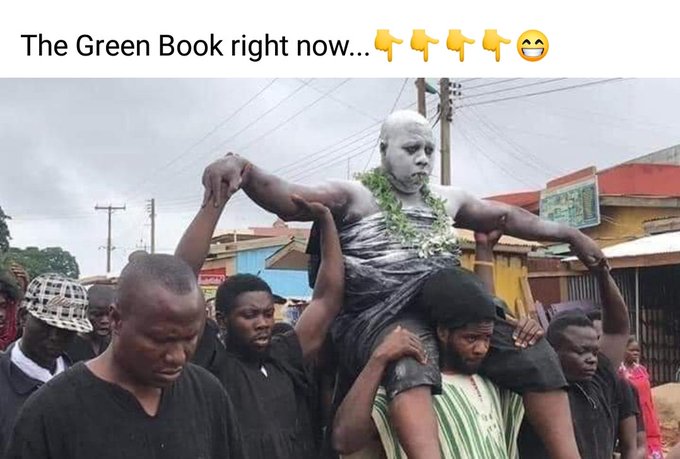 26 people are talking about this

The camera man still rolling on the ground laughing. #ProperScrutiny

#Newsfile is the one platform you can’t get away with propaganda on. You either back your claims with facts or you’ll be found out like Pius Enam Hadzide this morning. We must do our politics devoid of blatant propaganda and untruths.

27 people are talking about this

#Newsfile is the one platform you can’t get away with propaganda on. You either back your claims with facts or you’ll be found out like Pius Enam Hadzide this morning. We must do our politics devoid of blatant propaganda and untruths.

27 people are talking about this

Pius Hadzide is the English version of Wontumi…

35 people are talking about this

But for politics and blatant propaganda, Pius Hadzide would have been a very fine gentleman.

I feel bad seeing him become a merchant of mischief. Sad.

Lol Sampson is clearly not interested in his submissions anymore. Watch how he has started distracting Felix Ofosu.#Newsfile

Sorkpor Kafui - December 18, 2020
0
Even though the independent Member of Parliament-elect for Fomena Constituency, Andrew Amoako Asiamah, has openly proclaimed that he will still remain with the New Patriotic...
×