Nana Kojo Kru, Paramount Chief of Komenda, made a very profound statement on May 31 2016, when the sugar factory was inaugurated “Before, this Komenda was dead but with the new factory, Komenda is back to life”. This was the genesis of the Komenda Sugar factory that was established in 2016 by the erstwhile, John Mahama government.

Previously, there existed the Komenda Sugar Factory, but during the era of the National Democratic Congress (NDC)in 2016, President John Mahama under the “Better Ghana Agenda” refurbished this old sugar factory and propagated it as government’s vision of industrializing the country by transforming the structure of the economy and creating jobs.

The refurbished factory was re-constructed through an Indian Exim Bank loan and the factory was billed to crush 1,250 tonnes of sugar per day as compared to the 1,000 tonnes the then collapsed Komenda sugar factory used to produce.

It was also estimated that the factory would have added value to the lives of the people of Komenda and created jobs for more than 7,300 people. Obviously, an initiative that would have moved Central Region from being counted among one of the poorest regions in the country. The collapse of the old factory meant that the country’s high dependence on sugar importation was going to be reduced.

However, this beautiful dream was not to be achieved with the plethora of political fracas and gimmicks associated with it.

Currently, the $60-million factory, which has now been valued at $28 million dollars located at Komenda in the Komenda-Edina-Eguafo-Abrem (KEEA) municipality in the Central Region is vastly dying, as weeds have taken ownership of the facility and age-old Ananse the spider, has barricaded the rusty equipment and machines with its web, leaving the entire town in a mental lockdown, and vast unemployment. 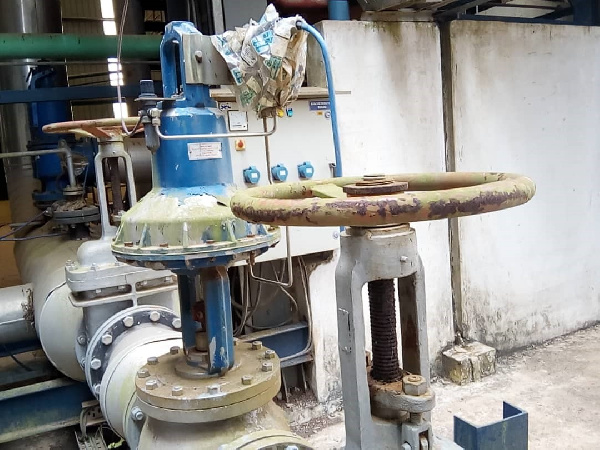 Just a year ago, The Deputy Ranking Member on the Trade and Industry Committee of Parliament, Yusif Sulemana expressed his disappointment and anger in the government’s decision to sell it off to a foreign investor. Mr. Sulemana felt that the state would be shortchanged with the latest arrangements from the current Akuffo – Addo government.

This was in reaction to an announcement made by The Ministry of Trade and Industry in November 2019 that Park Agro-tech has been named as the strategic investor in the project with a financial commitment of $28 million over the next four years as suggested is its current value.

The political hunch and mistrust for each other led Mr. Sulemana to make a statement on Accra based Citi FM that the government has intentionally devalued the factory for its own alleged corrupt and parochial gains.

In his view, the state had not maintained the factory well enough.

“…if you have inherited such a beautiful and strategic investment, you needed to maintain it so that if you are giving it to any investor, we can say that we have value for money”.

Interestingly, before the announcement was made in November 2019, in April of that same year, former President Mahama encouraged the government not to sell off the Komenda Sugar factory, since there are several ways to make it work, and even describing it as unacceptable.

“It is unacceptable to sell the factory. We can get the expertise and the technology to make this factory work,” he said to the media during his thank-you tour of the Central Region.

He, therefore, encouraged the current Akuffo – Addo government that the $23 million loan from the Indian Exim Bank for phase two of the project, was still available so they must endeavour to chase it. However, for no apparent treason than may be political bigotry, the current government refused to heed to this suggestion and went ahead to sell it off. 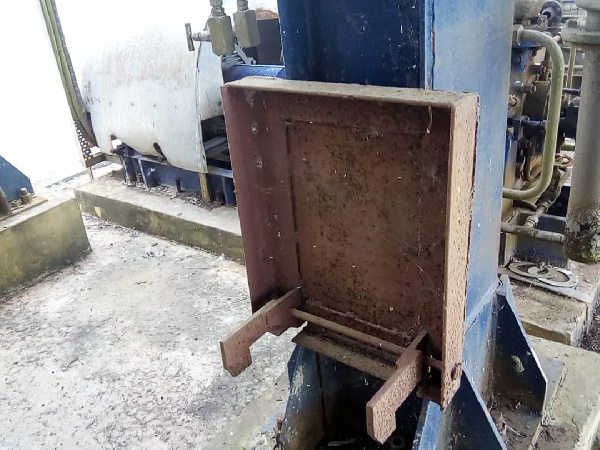 In September 2018, President Akufo-Addo revealed that his government is in the process of finding a strategic investor to revive the “debt-ridden and idle” factory.

Subsequently, the Trade and Industry Minister, Alan Kyeremanten told Parliament in April last year that, the factory will be sold to a new investor at a depreciated value of $12 million.

On April 5, 2019, the Minister of Trade and Industry, Mr Alan Kyerematen, also assured Parliament that a strategic investor would be named by the end of that month to acquire the assets of the factory and help operationalize it. 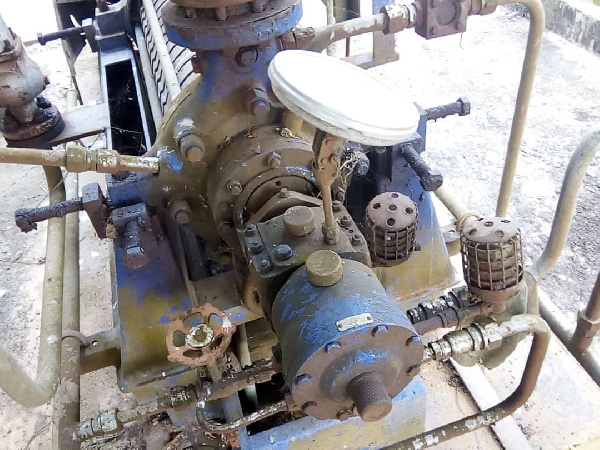 The day of reckoning came and on Tuesday, November 26, 2019, it was handed over to the Indian firm, Park Agro-tech to revamp it and put smiles on the faces of the natives and residents of Komenda.

As usual, such occasions are days to show off party colours, a usual phenomenon in Ghana. This is not a novel theory and practice in Ghanaian politics. Officials of the Trade Ministry and PwC introduced the investor to the community and officially handed over the facility to the investor.

The $35 million factory which was commissioned under former John Mahama has not been working since May 2016. 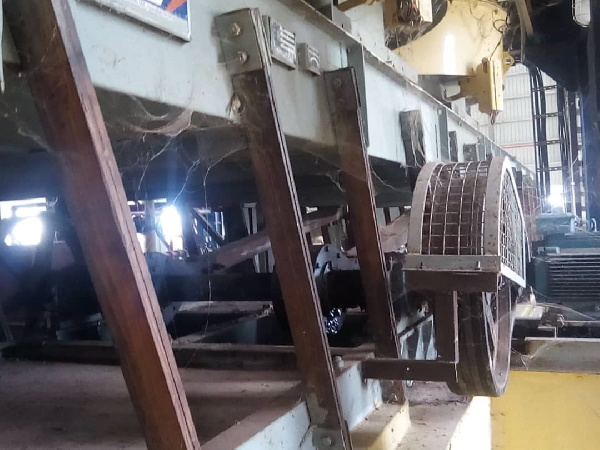 The People of Komenda in tears

In a usual narrative of the current situation of the Komenda Sugar Factory, the machines are seriously turning brown each day as they get rustier.

Underground cables are now exposed in water, with weeds taking all over the facility, yet no government official has been to the venue to even find out how the security men, who are struggling to take breath and bread are even faring.

Reptiles have formed their kingdoms there and this is posing a serious health threat to the only surviving workers there, security men. At night, the whole place is in total darkness, with about 13 bulbs functioning at the entire factory, thus putting the lives of these security men into great jeopardy.

The deepest pain that many people in the district experience is the fact that their paramount chief, Nana Kru, has overtly and glaringly done very little about the sad state of the factory and even the state of their roads in general.

Currently, there are about 8 security men manning the entire edifice. Interestingly, most of them have to commute from neighbouring villages to get to the venue.

“About four months ago, there was a charade here, when the president of the land brought the Indian investor here to the factory with many party functionaries joining the fray, but apart from that day, not even an ant has been here to assess the state of the machinery and even how this place is holding up” “Joseph Esson” (not the real name), one of the security men who opened up to me on the issue, but requested I kept his name incognito spoke in Fanti. 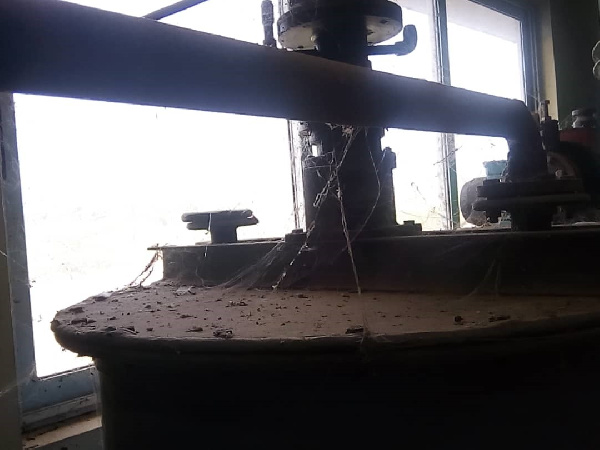 My eyes became heavy and began to give way to more tears when he told me that for close to fourteen months, they haven’t been paid by the government.
This was when I realized that indeed, the factory may be at its dead end, awaiting its burial. Sadly though, just a few weeks ago, the sugarcane plantation that had each sugarcane plant cost GH 60.00 was raised to ashes. He revealed that after this, some labourers were sent to weed some parts of the factory. All that investment made is gone.

Joseph Akyea, a farmer who lived by told me of the glories that existed during the testing period that lasted barely two months after its construction.

“You can’t imagine how busy the place was. There were a lot of people who came around. Food vendors were in droves and even had to run a shift. Today, it is just a big white elephant sitting in a ghostly nature with no economic activity going on. I am very emotional each time I talk about this…(wept bitterly)

Mary Armah, one of the vendors also narrated how things used to be over there, and how she made enough to cater for the bills of her ailing husband who was languishing at the hospital.

“I sold food here and I made enough to take care of my husband who had been admitted at the hospital. I couldn’t have paid for his bill until I sold here. I made a lot of money just within that few weeks” she also spoke in Fanti and ended up in tears, cursing politicians to the core.

There seems to be no sign of relief, or even when the factory would commence work. All is bleak until there is a miracle, even though it is not expected to happen. However, one question still lingers, are our leaders still waiting for the factory to die eventually so it is buried, or they would pull off another facade because we are in the election season?

ABOUT GHANABA NEWS Ghanaba News is an online media portal established to be a leading online portal to meet the demands of readers and visitors with the growing population of the online community. The site covers news, politics, business, sports, entertainment, and opinions. It is owned by SEY GLOBAL TECHNOLOGIES LIMITED., a privately-owned Ghanaian company. The company is also the owner and manager of the Facebook Page: Ghanaba News, YouTube: Ghanaba News, Twitter Account:@ghanabanews.com, and Instagram Account: ghanabanews and LinkedIn Account: Ghanabanews The news portal has brought news stories and information to Ghanaians and other international viewers who currently make up the large audience online. The website provides the reading audience with a radio and social networking platform in Ghana and abroad. Ghanaba News is determine to become a preferred destination for Ghanaians both home and abroad. Ghanaba News is solely funded by SEY GLOBAL TECHNOLOGIES LIMITED. Ghanaba News complies fully with the company laws of Ghana, and full accounting procedures are in place. We equally comply with the laws on data privacy according to the laws of Ghana. It started as news aggregator and hope to evolve to a producer of original content. Also, it was the first-ever Ghanaian website that aggregated popular Ghanaian local radio stations online. The site is determine to bring many innovations on board in which to become the standard Template for all incoming Ghanaian news websites. It has include video content that covers wide range of topics including interviews with the news makers, public and private organizations, business enterprises, interesting politics issues, personalities in the entertainment and lifestyle industry and voice pops on both social and national issues of concern.
Contact us: ghanabanews@gmail.com
© Ghanabanews
MORE STORIES

THE RESCUE MISSION; A CASE FOR THE BY STANDERS